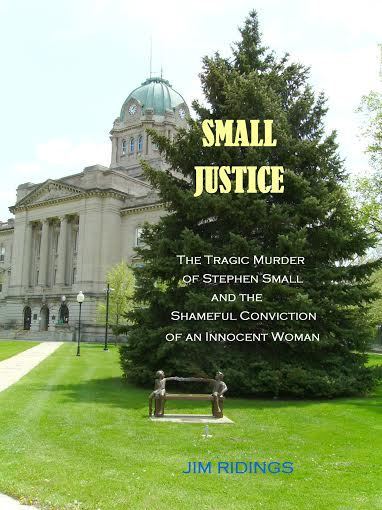 Small Justice: The Tragic Murder of Stephen Small and the Shameful Conviction of an Innocent Woman

Stephen B. Small died in one of the most horrific ways a person can die -- being buried alive. He was one of the richest men in Kankakee, Illinois, in 1987, which made him the target of a desperate cocaine dealer who wanted to collect a million dollar ransom. Everything went tragically wrong. Danny Edwards was caught, convicted and was sentenced to death. His life was spared after all death sentences were commuted to life in prison by Governor George Ryan.

A conviction of Danny Edwards was a sure thing. However, political pressure -- the Small family was at the top of Kankakee's powerful elite -- brought in the top prosecutors in the state, so they could use Edwards' case against his girlfriend, Nancy Rish.

Their case against her was flimsy, at best. Every piece of forensic evidence at the trial cleared Nancy Rish. Not one piece of evidence and not one witness’ testimony proved her guilt. But she was convicted on the conjecture and false assertions of the prosecutors. There was no more evidence against her than the supposition that "she had to know" what Edwards was planning.
Every public defender and lawyer refused to defend her because of alleged conflicts or fear of the local powers. Everything was set up to railroad this woman into prison. She did not get a fair trial. She did not stand a chance.
If Danny Edwards had picked any other victim, his girlfriend never would have been prosecuted. Nancy Rish got small justice and she got Small justice.
Nancy Rish is innocent.
Danny Edwards did not cooperate with the police and he never talked about the details of his crime.
Until now.
Danny Edwards and Nancy Rish have given their first in-depth interviews from prison to author Jim Ridings for this book. The incredible story and previously unknown background details are told here for the first time.
This is not just the story of a sensational kidnapping and murder. It also is the story of how a corrupt system was able to convict an innocent woman and send her to prison for life.