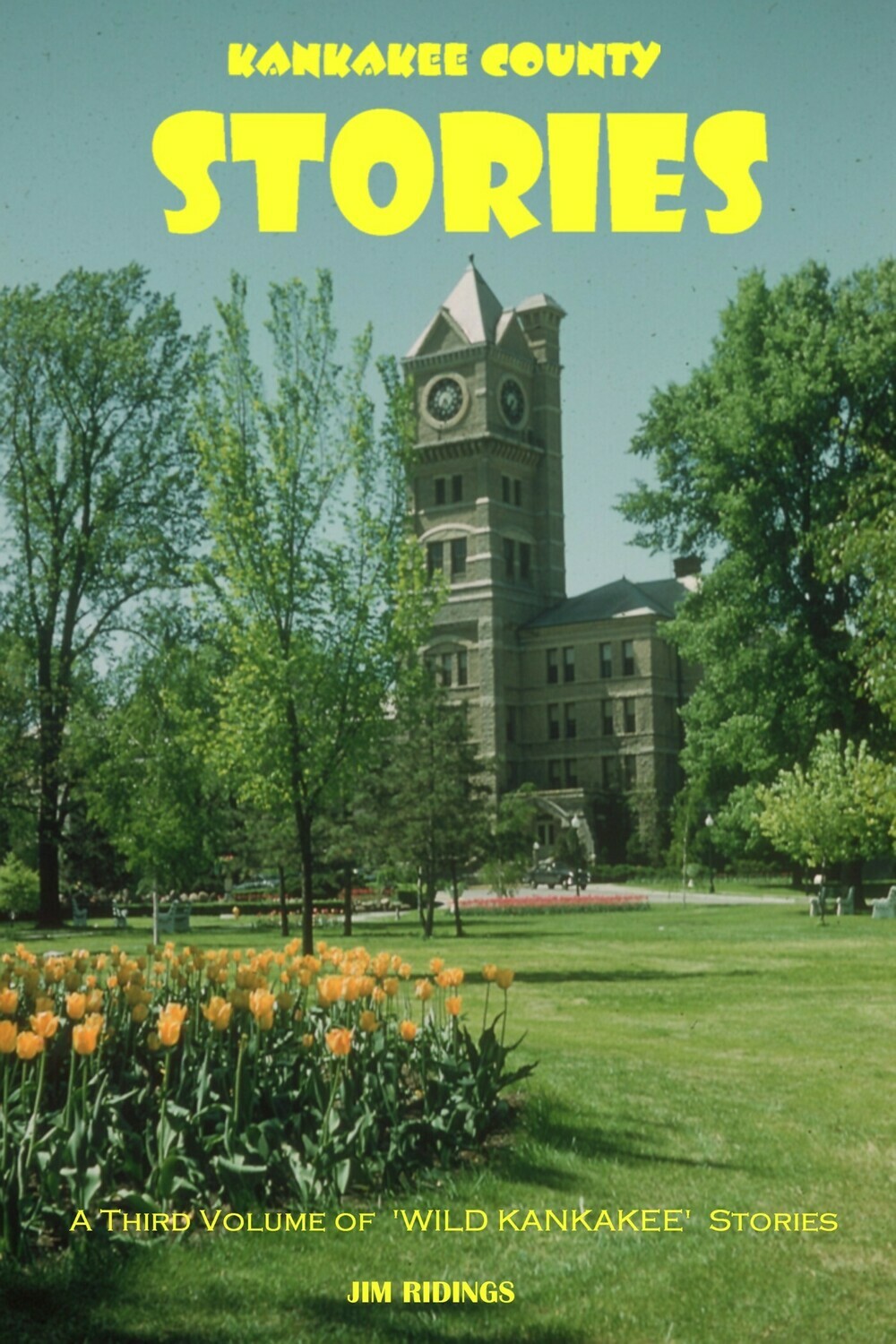 My new book, KANKAKEE COUNTY STORIES. It is the third in the “Wild Kankakee” series, and it is as good as the first two!
KANKAKEE COUNTY STORIES is now on sale for the holidays for $18, plus $4.50 postage (you can pick it up locally if you want, and skip the postage).KANKAKEE COUNTY STORIES will have a number of great first-person stories, never before told, including – a lengthy interview with former mayor Russ Johnson, who has quite a number of stories to tell; Kent Allain details his amazing life of crime; Howard Wolinsky tells his story of his arrest at The Daily Journal; the inside story of His Community from someone who spent five years there; Jim Riordan’s tribute to his mother; Ernest Dyer tells his amazing story; more exploits by Nick Huffman; the “racist” meme that never was; the Kankakee women’s club that used kidnapping (just before the Stephen Small crime) as a fund-raiser.

Plus, here are many more weird and bizarre stories; more stories of sex scandals, corruption and race relations in Kankakee history; plus tales of love and romance; sports stories, including the most incredible game ever played in Kankakee (which you never heard about); the story of how Kankakee declined Susan B. Anthony’s offer to speak here because it thought her $25 fee was too much; numerous entertainment stories, including two blind musical geniuses who performed here; the history of the Kankakee Library; stories from the local asylums; the story of how the Yesteryear building almost became a nursing home; the phony sales tax scheme was a much bigger fraud than has been known; the sewer plant board scandal goes back more than 30 years; the stories of local delights such hamburgers, hot dogs, ice cream and root beer places (including the Jaenicke story, and the root beer places that were on that site before Jaenicke’s), and the inside stories of Ron’s Drive-In and Henry’s Hamburgers; and a LOT more STORIES!

What is the creepiest, most haunted place in Illinois, as determined by several paranormal groups? It is here. What became of the site of Kankakee’s “putrid stench hole?” What are the four names Kankakee was known as, and what two other names came close to being the city’s name? What were Ed McBroom’s last words on the local Republican machine and the Ryans? Who was the greatest football player to come from this area?

As in the past, some accepted misconceptions are debunked. Did the rebuilt Remington Theatre become the Majestic? No. Did Billy Sunday’s crusade in Kankakee raise the money to build the YMCA? Not even close. Is Kankakee the site of the world’s first Dairy Queen (no) and what local ice cream franchise had the first cone with “the curl on top?” (It wasn’t DQ)