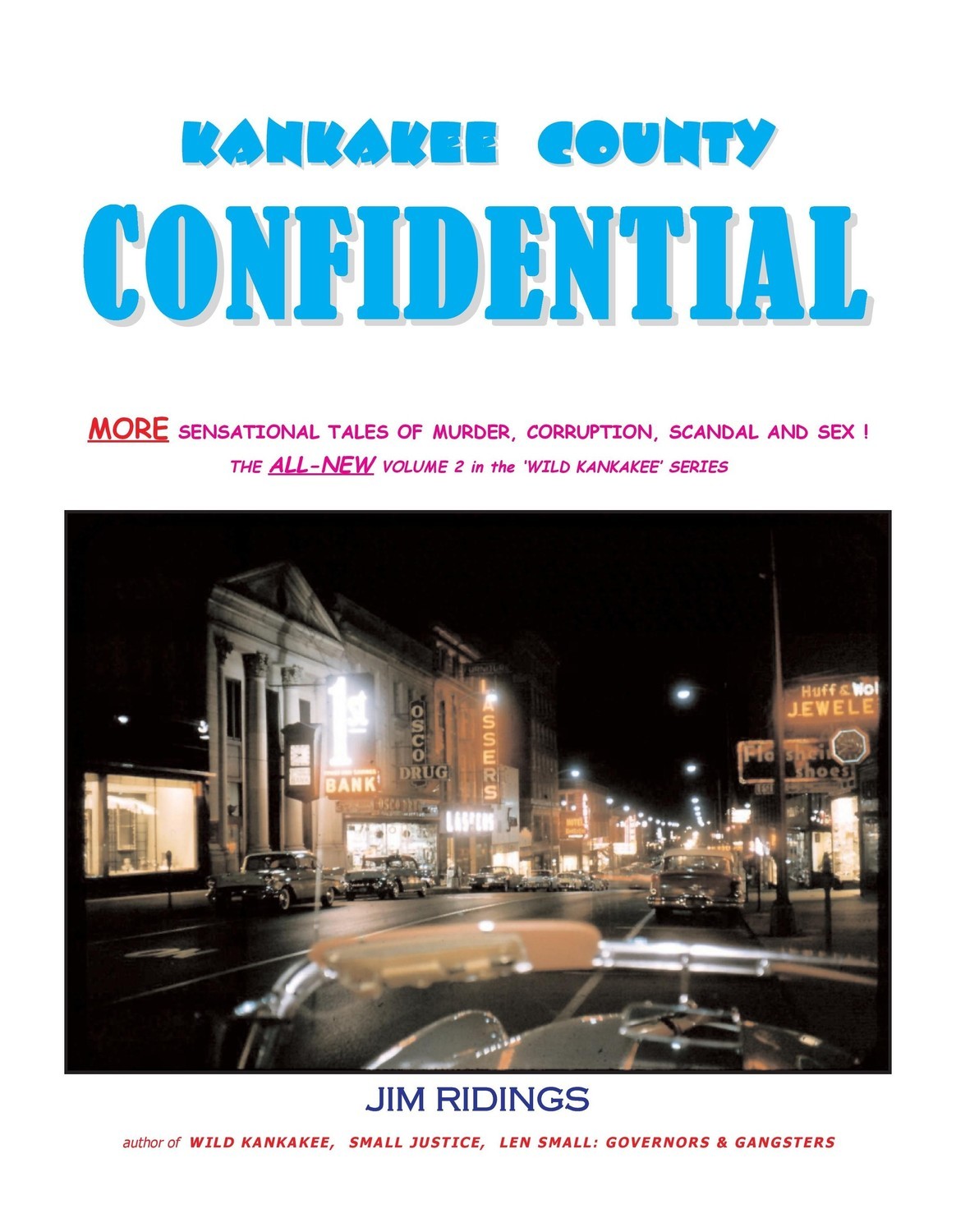 (2016) KANKAKEE COUNTY CONFIDENTIAL is a follow-up to “Wild Kankakee” and it is even wilder than "Wild Kankakee"!

The book has stories never told before! Such as –

Governor Len Small had a love child and a whole secret family in Kankakee.

The details on the murder of Paul Leathers, the strangest unsolved murder in Kankakee history. Many people, including some police and some family, wonder if it really was Leathers’ body that was found!

A story NEVER told before is the story of how a group of African-American ministers bought property in the 1940s with the intention of building a hospital for black people, a home for wayward black boys and girls, a retirement home for black clergy. The land was bought, the deed was filed. And yet, they were chased out and forced to sell the property by Kankakee officials who did not want a large “Negro development” built here.

State. Sen. Edward McBroom’s womanizing was so brazen that he propositioned a grieving widow at her husband’s wake!

Revealed for the first time are the appearances of Frank Sinatra ad Nat King Cole in Kankakee, unknown until now, because they sang here before they were famous.

The Kankakee County sheriff and his big bag of money that couldn’t be explained, how he was forced out of office for several offenses, including helping operate houses of prostitution, and the details about the jail cell that had no door so that a special prisoner could come and go as he pleased (including going out at night to commit burglaries).

The real story about how the Chicago Bears training camp came to Bourbonnais. The real story behind the schemes to build a third airport and a new tollway, projects that no one wants except those who will profit from building them.

A history of the sad race relations in Kankakee, including a century of local minstrel shows, Klan activity, and the city newspaper that regularly used the N word in headlines.

More details about the murder of Stephen Small, and the wrongful conviction of Nancy Rish, and how the lies continue to keep her in prison.